The Youth of Today | Wash Your Mouth Out Wednesday 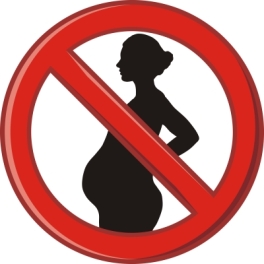 If I hear one more time that our world is going to hell in a handbasket carried by the younger generations, I am going to buy myself a pair of noise-canceling headphones and never listen to anyone again. Better yet, I am going to start carrying a roll of yellow “caution” duct tape with me, and tape the mouth closed of anyone who speaks this heresy.

I have encountered this “wisdom” most often when I have gotten sucked into reading the comments after a controversial news story. But I have also heard it in casual conversation. I mostly never comment, but in my own head, I am winning the argument. Just this week, someone used an old and tired one, attributing our modern-day moral decline to “babies having babies.” I’m quite sure they were just repeating something they had heard before, because if they had actually cared to know actual facts, those words would have never crossed their lips.

Before I jumped into writing this post, I thought I’d perform my due diligence and do the homework to back up my total rejection of this most ridiculous postulation. I went to the website of our state department of health, and looked at historical births to teenagers as a percent of all births, in our state and in the US overall, from 1960 to 2012. What I found was surprising.

Modern children have knowledge that individuals 50+ who have sheltered themselves from the internet will never have. First, they know how to find information. How’s that, you ask. They ask Siri. They can look at actual pictures of the earth taken by satellites instead of merely looking at a hand-drawn globe with very little detail other than major cities. They can sneak onto the internet and search for the things that your parents were too scared or incompetent to tell you about: what a real nude woman looks like (it’s not what those magazines would have you believe), why they should be scared of herpes, or even how to solve a calculus problem.

All the information in the world is at their fingertips, and yours and mine too, but only if we take the time to seek it out. They have so much information, in fact, that they will be more likely to believe less of what they are told, and do their own research before making up their minds. They will know first-hand that people can be cruel and misinformed at the same time, and perhaps draw a correlation between those two things. They will be able to find out what you aren’t telling them, and what you should be telling them. They will also be able to find out that what they’ve heard about people who appear different than themselves simply isn’t true.

Lastly, they will know that their generation is not doing worse than those that came before, at least when it comes to babies having babies. When my mother was a teenager, in the 1960s, the percentage of teenagers who gave birth was 19.3. In the 1980s, when I was a teenager, it was 20.6% – it went up. But in 2012, when a new generation of teenagers was in charge of the moral decay of our country, the number of teen births was only 10.7 out of 100. That’s nearly 10% less than when my mother was young.

I did not research the reasons for the decline in teen births, but more than likely, it is tied, at least in part, to access to information. Possible Google searches include: What is birth control? Where can I get birth control? Can I get pregnant if I haven’t started my period? Will my parents have to go with me to the clinic? Why do boys say they won’t talk to me anymore if I don’t do what they want?

Information is powerful. So before you go spouting off reasons why our younger generations are so lacking in the morals of their upstanding elders, do your homework, and at least try to be informed about reality. If you don’t, your next step will be to open up and say “aaaaah,” because I am not going to listen to it any more.

← You Will Fall | Wash Your Mouth Out Wednesday
Empathy and compassion: Get some. (re-blogging) →

I promise the Mouth of Truth will be gentle if you leave a comment. You know you want to. Cancel reply